What To Look For In A Lender? 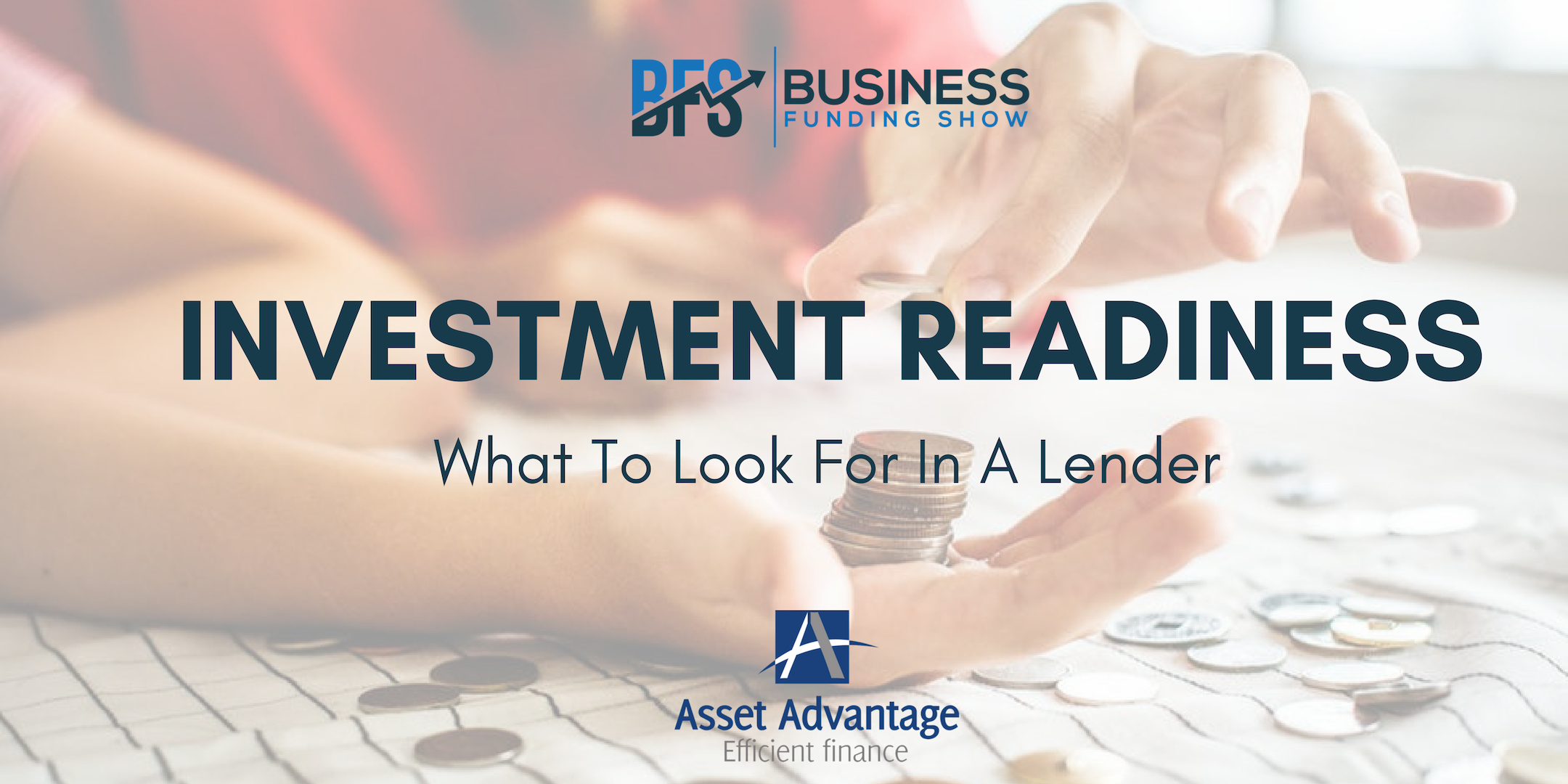 On the face of it when what they are selling you is money, the decision about which funder to choose should be a simple one of price. However Philip Knight, Credit & Risk Director at the independent SME lender Asset Advantage, suggests that your decision should be more nuanced than simply selecting the lowest interest rate offer.

What you are being charged for finance should be the easiest aspect of a finance offer to judge. But even this can be challenging. Most borrowers, quite reasonably, tend to focus on the interest rate. In order to ensure consumers are treated fairly by banks there is strict legislation on how the interest rate is defined so that the various rates offered by lenders can be compared. However in the unregulated world of SME lending there is no such obligation. So my first piece of advice is to check on what basis the interest rate you are being offered has been calculated. For example, a £25,000 loan repayable over 3yrs with repayments of £866 per month could either be presented as having a flat rate of 8% or an APR of 15%. Same deal, same total cost,completely different interest rate. Well to be more precise, not a different rate, just a different calculation of rate.

Whilst we’re on the subject of costs you should also make sure that you are taking into account the total cost of the agreement. Asset finance agreements and loans can include a variety of fees, that whilst aren’t necessarily hidden, can be difficult to identify and often won’t be included in the interest rate quote. These can include arrangement and document fees that are payable up front, annual admin fees, fees to take title to equipment and charges relating to copy documents.

Nevertheless, whilst cost are of course important I don’t think that they should be the only factor you should consider. After all the majority of the cost of a finance agreement is simply repaying the capital. A few percentage points here and there really aren’t going to make the difference between the success and failure of the business.

My second observation is beyond the scope of this article to discuss fully, but I will just mention that you should make sure you are clear as to what type of finance you are getting. For example are you getting minimum term lease finance, hire purchase or a loan?

My last observation is however something which I feel is likely to come into sharp focus over the next few years. I would encourage you to consider your lender’s approach to customers who seek some form of forbearance. This forbearance might be in the form of accepting a repayment a few weeks late or even a more dramatic restructuring of the facility. Maybe you just want to change the date of your direct debit payment. I am of the view that some of the newer entrants into the SME market will be both less willing and less able to support their borrowers if they start to struggle.

To begin with they will probably lack the resources to effectively do this. The highly tuned algorithmic data based lending systems may be good (although there’s a whole separate debate to had about that) at the original decision, but they are likely to be less good at a making informed and fair decisions about dealing with a borrower’s short term cash flow problems. Generally they will not have met you, they won’t be able to number crunch the reasons for your cash flow problem and their lean overheads don’t facilitate anything other than a formulaic response. Moreover when the lender has an obligation to third party investors such as is the case with a crowdfunder, their ability to extend the time to pay is likely to be very much more restricted than that of a lender which is using their own balance sheet.

Of course no lender is going to support you to the detriment of their own business. But where you have a good business case for that support you need to be with a lender that can and will listen and then have the appetite to make a common sense, commercial decision.

Wish to meet Asset Advantage in person alongside a variety of other funding sources?Join us at EU & UK's only funding exhibition, The Business Funding Show '19 which will be take place on 21st, February at East Wintergarden, 10 am onwards. Learn more and book your tickets here.