Hey Bitcoin, Are You Okay? The Unfortunate Collapse Of The Crypto King 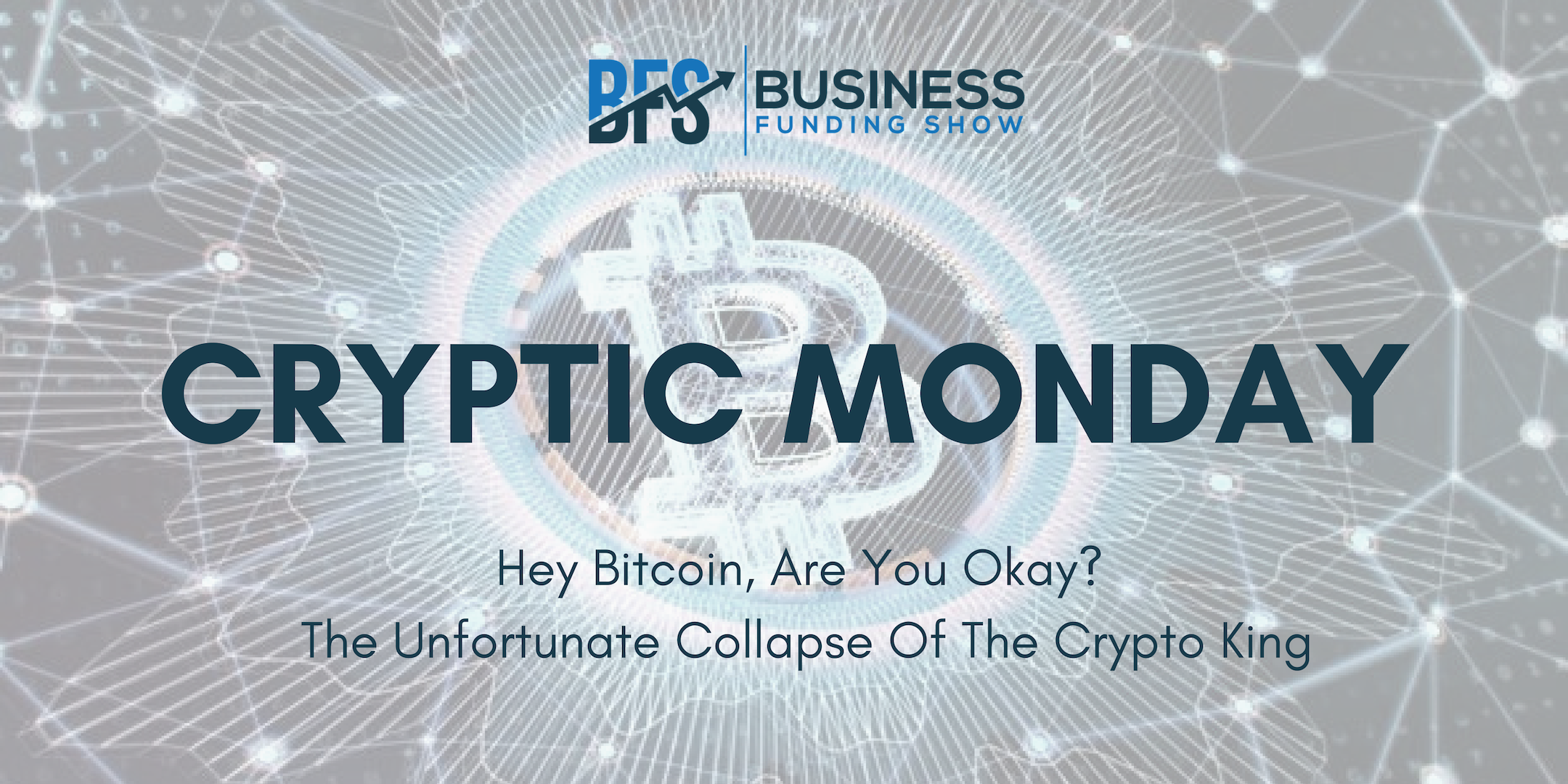 Does anyone remember what one bitcoin was worth 5 years ago? It was about $13 and from that the prices rocketed especially for Bitcoin where it reached a record high of almost $20,000 (£15,500) shortly before Christmas last year, leading to all initial investors getting “insanely rich” as stated by Arwa Mahdawi in her recent Guardian article.

However, now the circumstances have changed as virtual currency seems to have entered a death spiral, with prices plummeting since early November. Figures recorded in Jess Clark’s City A.M. article clearly depict the downfall in the value of Bitcoin which has been has been sliding to as low as 7% after hitting a 13 month low. Furthermore, on Monday, 19th Nov we experienced the world's largest cryptocurrency drop below $5000 for the first time in more than a year to its lowest since October 2017.

After this plunge the currency lost more than 70% of its value since the height of cryptocurrency bubble in December 2017. And to add to the bad news, Oanda senior market analyst Craig Erlam mentions to Jess that ‘Negative news is rarely confined to a particular instrument and once the bitcoin domino falls, the rest will quickly follow’.‍

What led to this collapse?‍

Arwa highlights research done by experts that claim that the crypto boom was never real to begin with and could be a result of manipulation rather than legitimate demand alongside other factors such as hacks and regulatory crackdowns.

Arwa directs us to an investigation opened by the US Justice Department where they are looking to investigate whether traders on a cryptocurrency exchange called Bitfinex were driving up prices using various unscrupulous, and illegal, market tricks. She also highlights a study published by an University of Texas professor that estimates that half of bitcoin’s price jump last year was a result of manipulation. ‍

Will there be a silver lining? ‍

Ex Goldman partner, Mike Novogratz mentions to Hannah Murphy of Financial Times that “Anxiety levels go up when crypto goes down and as in most traditional business, [such as] Goldman Sachs, you don’t worry. There’s not an existential threat out there.” But setting up in the crypto world is challenging as it “sucks to build a business in a bear market.”

However despite this and the fact that plummeting prices are shutting a number of operations down due to unprofitability. Mike is still crossing his fingers and is hoping that the bitcoin crash is about to bottom out states Hannah. Mike expects next year to boost his digital currency bank and is still determined to set up the ‘Goldman Sachs of Crypto’ he claims to Hannah. ‍

What does the future hold for cryptocurrencies?‍

Almost everyday new cryptocurrencies emerge, old die, early adopters get wealthy and investors lose money. It is part of the process especially for a volatile and unpredictable market like of cryptocurrencies.

So if you’re a crypto maniac, enthusiast or investors - wait and observe as big changes are ahead of us!‍

Curious to learn what the future holds for the crypto world for the year 2019? Join us at EU & UK’s only funding exhibition, The Business Funding Show '19 where there will be an exclusive section dedicated to the blockchain and crypto industry. Check for more info here.