Gina Miller: The Woman Who Took The Government To Court 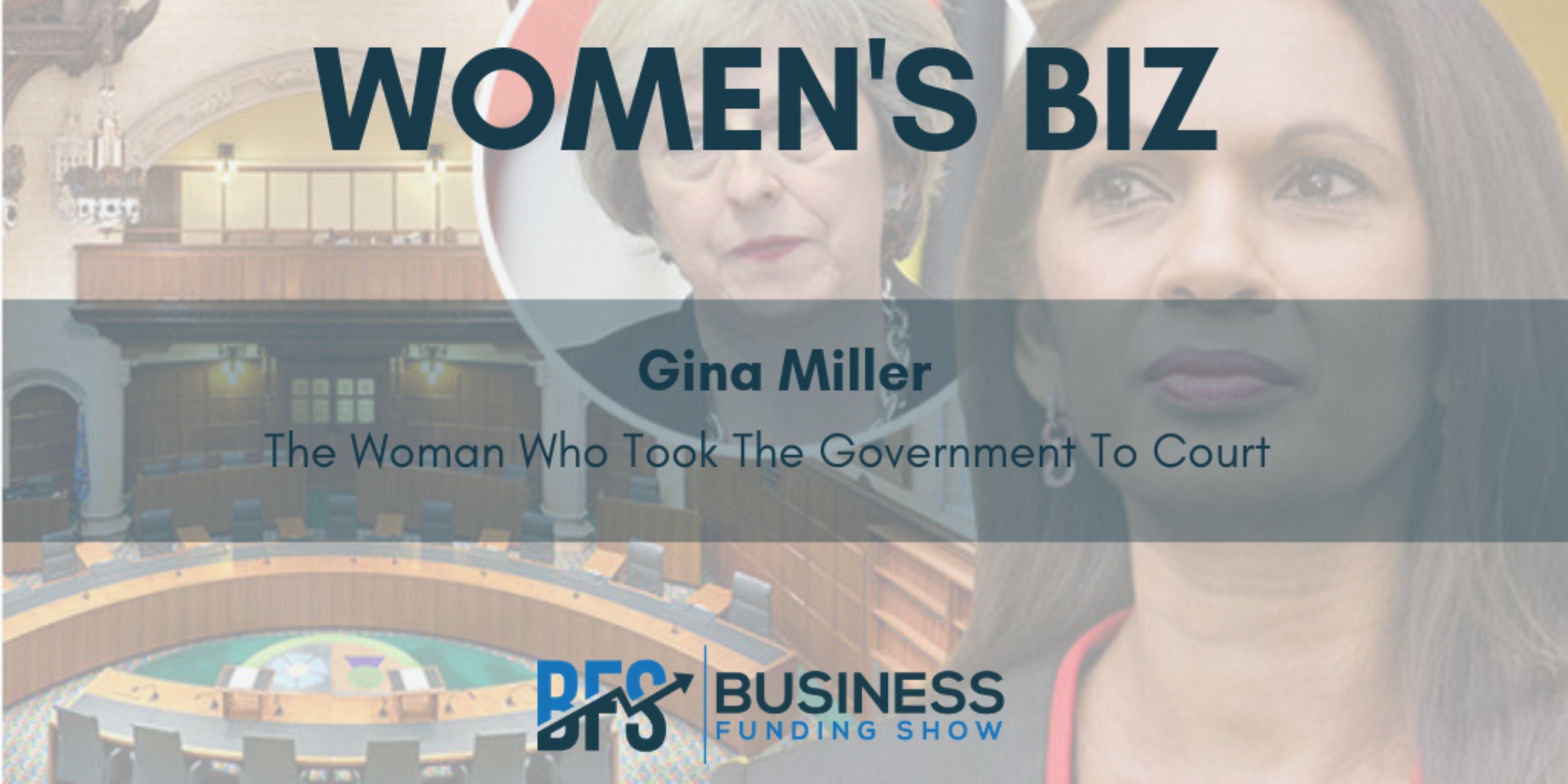 Gina Nadira Miller is a powerful British business owner from Guyana with an Indian descent. She is a philanthropist who is leading the so-called “People’s Challenge’’ against Brexit. She mounted a successful legal challenge to prevent Theresa May from triggering Brexit without Parliament's approval and won! Now that’s how it’s done.‍

Gina argued that it would be unlawful for the Government to trigger Article 50 without MPs approval - she claimed that it would go against the letter of the law and the sovereignty of Parliament.

She told Sky News, “this is in no way to obstruct the Government’s timetable for Brexit. There is a legal process that needs to be followed to ensure certainty. You can’t have on one hand, Parliamentary sovereignty being won back, and at the very same time ignore it. This is much much more fundamental than that”.‍

Let’s look at the timeline which ultimately lead to her victory.

In June 2016, after the United Kingdom European Union membership referendum, Miller privately engaged the law firm Mishcon de Reya to challenge the authority of the British Government to invoke Article 50 of the Treaty on European Union using prerogative powers, arguing that only Parliament can take away rights that Parliament has granted. Followed which on 3rd, November 2016, the High Court of Justice ruled that Parliament had to legislate before the Government could invoke Article 50.

Miller said outside the High Court: "The judgment, I hope – when it's read by the Government and they contemplate the full judgment – that they will make the wise decision of not appealing but pressing forward and having a proper debate in our sovereign Parliament, our mother of parliaments that we are so admired for all over the world".

She further claimed it was not the idea of Brexit that filled her with dread but the idea of an unchallenged, unanswerable government taking "us" back to 1610, "and ripping a hole through our democratic structures". Despite the fact that her actions were an attempt to defeat the result of a democratic vote.

The Government's appeal to the Supreme Court was heard in December 2016. When closing the hearing, the Court President said that the appeal raised important constitutional issues, and the Justices would take time to give full consideration to the many arguments presented to them, orally and in writing, and they would do their best to resolve the case as quickly as possible. When the Supreme Court delivered judgment in January 2017, it upheld the High Court ruling by a majority of 8–3. Article 50 was subsequently 'triggered' by Theresa May on 29 March 2017.

None of this came easy to Gina. The legal challenge met with a "torrent" of abuse from some of those supporting Brexit, including racial abuse and death threats. In the two days following the judges' decision, more than 79,000 tweets mentioned her account, of which about 13 per cent were hostile. Many referred to her as a traitor and mentioned her perceived "foreign-ness". Moreover, Miller's solicitor, Mishcon de Reya, was also subjected to abuse as a result of its involvement in the case, and Brexit supporters mounted a protest outside the firm's offices.‍

Miller organised a crowdfunding campaign to back candidates opposed to a 'hard Brexit' in the 2017 general election. As of 21 April 2017, the campaign had raised over £300,000. On 26 April 2017, Miller launched the Best for Britain campaign at the Institute of Contemporary Arts in London. The campaign called for a tactical vote to ensure MPs elected would make the final vote on the Brexit deal a real one and encouraged young people to vote. She stated publicly that she personally would vote Liberal Democrat for the first time, having previously been a Labour supporter.

She also launched a legal challenge against the Conservative–DUP agreement, the confidence-and-supply agreement secured by Theresa May's government in the aftermath of the election.‍

Last week when after the court ruled that members of parliament must be given a say in the process of leaving the EU. Miller said in a statement that, “this result today is about all of us: our United Kingdom and our futures”.

She added that, “it is not about how any of us voted - each of us voted to do what we believed was the right thing for our country”.

Miller revealed that she was "physically sick" on the night of EU referendum as 17.4 million voted leave, but by the next morning she was already planning to take on the government to ensure that the Prime minister could not invoke Article 50 without a vote in Parliament.

Miller has always been a strong philanthropist looking to provide equality in this world of inequality and justice. Despite receiving death threats and having been accused of being a ‘foreign-born immigrant’ trying to ‘subvert’ democracy, Miller vowed not to let the Brexit bullies win. Proving that “a strong woman stands up for herself. A stronger woman stands up for everybody else.”‍

What are your thoughts on Gina’s achievement? Do you think Brexit should take place or not? Comment your thoughts to us or join the discussion at EU & UK’s only funding exhibition, The Business Funding Show '19 where there will be talks from notable speakers, who will aim to predict the future of the funding industry given the political environment. Learn more here