Dear Crypto World, Once You Hit Rock Bottom The Only Way Is Up! Or Maybe Not? 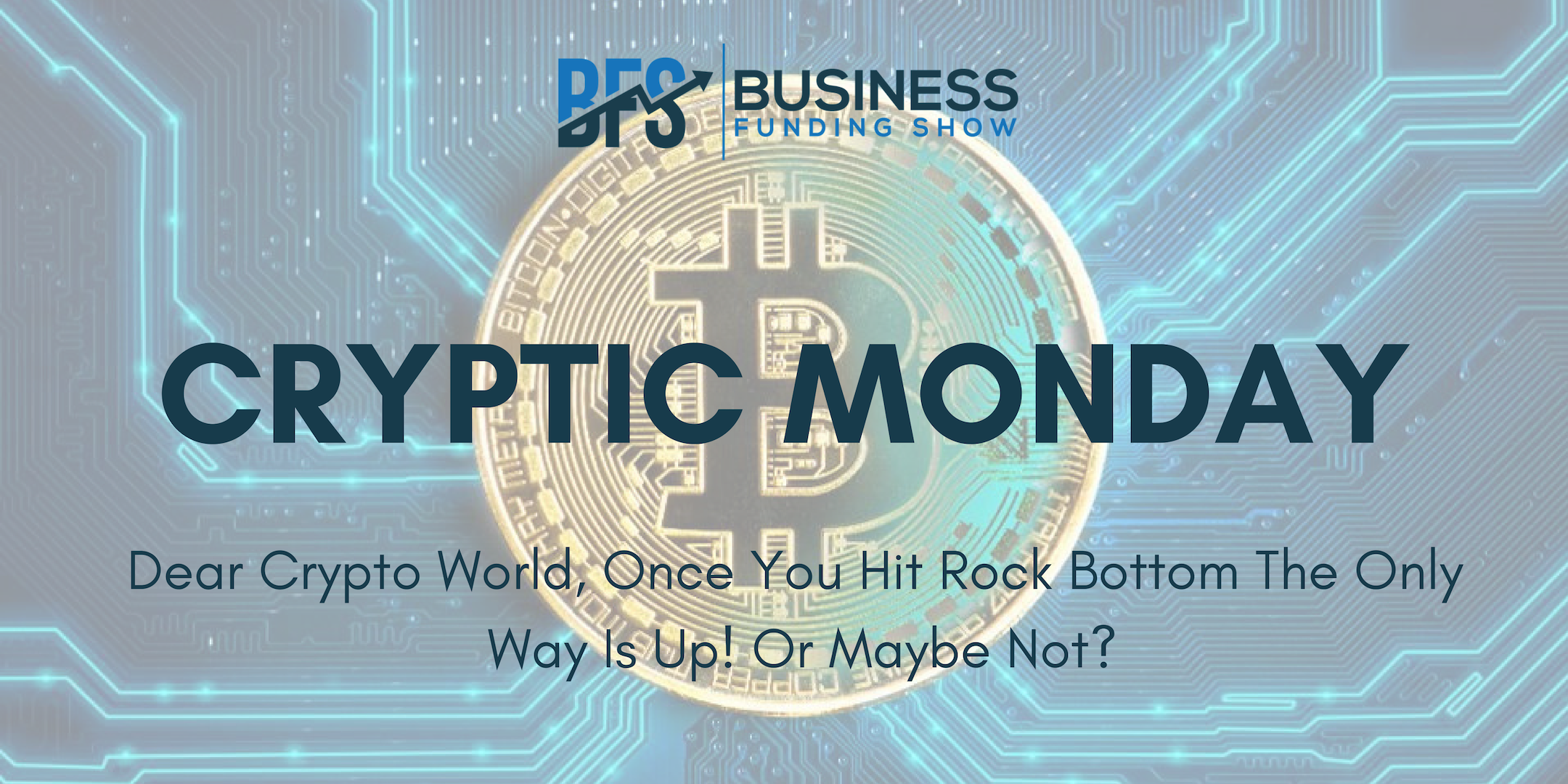 It is common knowledge that if the Internet was a country, Bitcoin would be its currency. The technology underlying Bitcoin-blockchain is growing tremendously but what is the future for bitcoin and other cryptocurrencies considering its constant fall?‍

Camilla Hodgson of Financial Times reports that Bitcoin plummeted to a new year-low on Friday, as US trading overnight pushed the cryptocurrency closer to the $3,000 mark. The cryptocurrency has had 4 bad weeks as it lost 41 percent of its value since mid November. Camilla explains that, “it danced around $4,000 towards the end of the month, sliding below what was considered a psychological benchmark before recovering back above the threshold in a dramatic intraday rise. But by early December bitcoin was back under $4,000 and on Friday the sell-off resumed with renewed vigour, taking the cryptocurrency closer to $3,000 just a year after it hit an all-time high of almost $20,000”.

Camilla also records the mixed reactions from the crypto community where one hilariously compares the bitcoin crash to having a dead cat bounce off a fiat after getting rekt. Whereas other simply expressed their panic, while others advice, “can’t make a loss if you don’t sell.”

The volatility of bitcoin is not the only thing that is affecting the future of cryptocurrencies - ransomware also acts as a serious threat to its future claims Professor Kevin Curran to City A.M. Curran explains that Ransomware is enabled by digital currencies, along with denial of service attacks - as the use of Bitcoin and cryptocurrencies allows hackers to remain untraceable, which was not possible earlier.

Curran believes that there is no way to foresee what the future holds for Bitcoin. But he believes that the amount of energy being used to mine coins may force national government to step in with stricter law enforcement and regulatory forces or perhaps even agree on a global ban?

Moreover, due to the decentralised nature of Bitcoin, usually a group of lead developers implement pre-agreed changes. However, there is nothing monitoring these ‘leaders’ from ‘forking’ off to a competing blockchain. Additionally, blockchain currencies can be stolen and moved to a thief’s account with no means of recovery, unlike traditional banking mechanisms.

All in all, it is clear that no matter the value of Bitcoin, the world of cryptocurrencies has so many legal and technical loopholes that it still remains a risky investment. But let’s see what the future holds - all the blockchain and cryptocurrency enthusiasts out there, what is your opinion?‍

Comment your thoughts to us or join the discussion at EU & UK’s only funding exhibition,The Business Funding Show '19 where there will be an exclusive section dedicated to the blockchain and crypto industry. Check for more info here